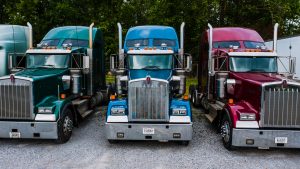 A commercial trucking insurance company reached out to Two Wheels Marketing to help generate more leads at a lower cost per lead than they had been receiving from their previous agency.

The previous agency had been delivering a consistent stream of leads, but the cost per lead had begun to increase each month to the point that it was no longer cost effective for them.

In order for the finances to work, our team would need to cut the cost per lead numbers in half, while driving the same amount of volume as their previous firm.

Having listened to their challenge and after reviewing their Facebook Ad account, our team developed a plan to both continue driving consistent leads AND lower the cost per lead.